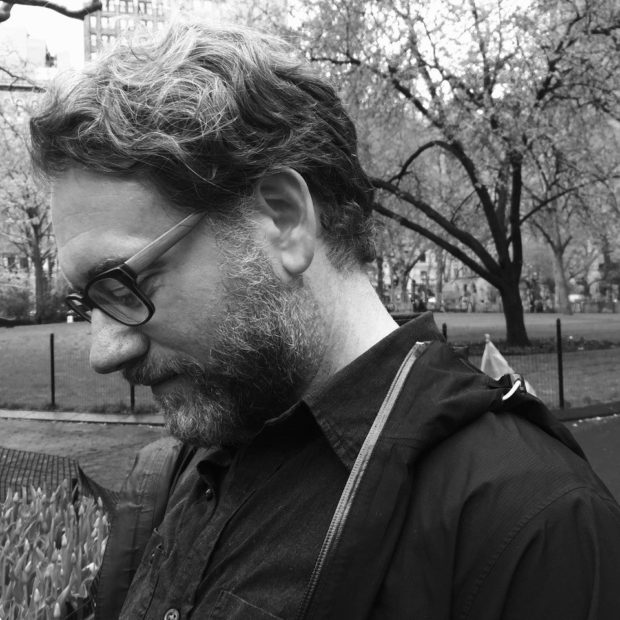 Could you explain what a render farm is and basically what it helps you do?

Sure, in our case where we are making animations for entertainment applications and art applications, a render farm lets us take the 3D-data and configurations that we make on our workstations and create lighting simulations and texture simulations from them.  Those are incredibly complicated calculations and while you can do that on a workstation, you have to really compromise on image quality in order to do so.

What a farm allows you to do is to run those final calculations on a large and complicated network of separate machines, keeping our workstations free for other people to use.  This also allows us to turn everything on at once giving the highest level of detail possible (this is similar to what PC video games allow you to do with controlling the levels of shading, lighting, and textures) so our output can be rendered at the highest quality.

The other aspect of this is that render farms are everywhere in our industry. And while some schools have very small render farms, none really have a large scale operation like we have right now. (None that I know of anyway.)  And part of that is because this infrastructure is shared across campus so it can be made much more significant.

This adds a piece of the puzzle for us because we’ve never been able to really teach our students that part of the process before.  Over the years we’ve had different methodologies for rendering.  Fifteen years ago we were using a program call Lightwave as our main 3D application. The only reason we started using this application is because it ran on the Macintosh platform and we were already Mac based at the time.  (We are PC based now.)  I developed a methodology then where students would go all over campus into labs 10 minutes before close and initiate renters on all the Macs.  We didn’t really even have an IT department in VPA at this point. Now we have an infrastructure that runs much better, but there were advantages to being able to “pirate” stuff as well. I don’t mean steal software by the way!  I just mean doing things that are not necessarily traditional, but we were able to generate large amounts of frames which is what we call the smallest increment of an animation (one twenty fourth of a second).

What the farm that we use now allows us to do is to not only adopt more industry standard practices, but also –  because our program counting majors and minors has about 75 students and 14 workstations – we’re able to use those workstations more effectively if we’re not doing final rendering on them.  Our plan is, as this project progresses, is to offload all of the rendering onto Crush and not have to have any of that happening in the lab which is an incredibly more efficient use of our resources.

Can you talk more about your use of Crush and the efficiencies that you have gained from using is as your rendering farm?

My interactions with Crush and the Research Computer group started with a research project that I was working on.  We rendered this short animation called Branches and I figured that in order to render it at the quality that I needed to have and the resolution that I needed, my powerful Dell workstation in my studio would have taken one hundred fifty six years to render the project!  That’s obviously ridiculous and even upping that to ten machines to render in the lab say over a summer, we’re down to 50 years which is still not great.  I believed in the project, but I didn’t believe in it that much!

So what the render farm in Crush allowed us to do (and Crush at this point was a much smaller than it is now) is to reduce this rending down to three continuous months. This was game changing in terms of what I could do.  Rendering that project on an outside commercial render farm would have been probably cost between 20 and 30 thousand dollars.

Having Crush in-house opens up doors for research.  Initially testing Crush on my own work worked well because I’m one individual and am relatively experienced using complex rendering resources.  This experience then allowed me to take the lessons learned and figure out how to involve it in our curricular and student-focused sides of the house.

Can you describe how students have used the Crush render farm?

My animation workshop class is an upper level class and the 17 students in it worked together to create a single three-minute short animation.  I run the class as if it’s a small animation studio so everybody has different jobs with different responsibilities.  In it I have a section of five or six students that are very experienced and they tend to be the team leaders. They’re there helping to supervise the less experienced students so they get that experience as well.

This year’s project was very obviously going to need really substantial rendering resources so I started talking to ITS’ Eric Sedore early in the semester about this being a good test case for us to bring Crush online for student research as opposed to just faculty research.  It really was great for the students because it simulated a lot of the real-world challenges that you have trying to do a really complicated computer graphics project.

Because stuff did not work at first, Eric and I had a lot of communication back and forth. We worked really well together so we’d solve problems pretty easily.  But I also involve the students in that a lot in terms of creating multiple iterations of projects as we were testing to see what was actually going to work on the big system as opposed to what worked on our workstations (which is not always the same thing). And then students also had to learn much more nuanced ways to manage files.

I have been here at Syracuse University for 21 years and in the early days we were completely responsible our own computer systems so we had a deep I.T. knowledge. The students who arrived in these early days were typically computer nerds first and artists second.  That’s really flipped now because in the last 20 years computers have just gotten so much better that we don’t have the same kind of continuous computing problems. In my old workflows it would be about two hours of work and then an hour of troubleshooting because just nothing worked very well back then.

But now stuff works so well that students coming in actually have less I.T. knowledge. That old saying that the kids know so much more about computers than we do is not necessarily true. The next generation may actually have less core I.T knowledge than earlier generations which I find fascinating.

But getting back to our current use of Crush as a rendering farm, everybody in my class was so dedicated to the project and was willing to do the work to understand the I.T. side of the house. And so the students had to really pitch in and figure out how to make things conform right.

And these are all things that they’re going to have to know in the industry so it’s a beautiful teaching tool.

Do you have further plans for incorporating Crush rending farm into your future curriculum?

We’re certainly always going to use it for the workshop class because it just inspires them to a really new level. But we are working collaboratively with Eric Sedore and the Research Computing group to explore SquidNet which is a web-based interface to assist with gatekeeping workflows. This is an issue because the Crush environment is also used for research all across campus. There are three other classes coming this year that can make extensive use of Crush and this will really free up lab resources for more workstation oriented work.